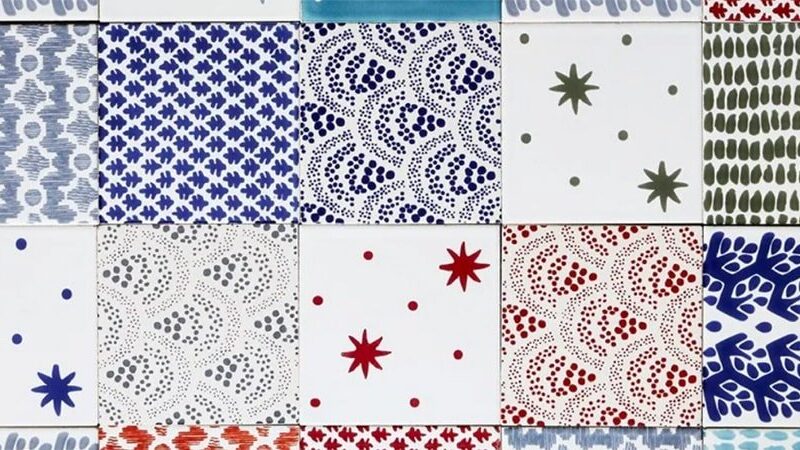 Legend has it that the first time Albert Hadley met Sister Parish, she answered the door in stocking feet and asked him to help zip up her dress. This encounter was later described as the “biggest explosion in 20th-century decorating,” since it ultimately led to the establishment, in 1964, of Parish-Hadley, a design firm whose client list included Kennedys, Gettys, Rockefellers, and Astors. The partnership of this glamorous odd couple—he was more minimal, she was not—lasted for more than 30 years, until Parish’s death in 1994. (Hadley continued working until the year before his death, in 2012.)

While Albert Hadley designed fabrics that are still available through Sister Parish Design and Lee Jofa and wallpapers that can be purchased through Sister Parish Design (a company founded 20 years ago by the late designer’s granddaughter Susan Crater), both are trade-only sources, leaving a glaring white space of consumers hungry to own a piece of the icons’ legacy.
That all changes this month with the debut of Sister Parish Design for Country Floors, a collection of six tile patterns, with four coordinating field colors, based on Hadley’s designs or inspired by textiles from the company’s vast archives. It is the first designer collaboration for Country Floors, which was coincidentally founded the same year as Parish-Hadley. However, it is not a random coupling—Albert Hadley regularly specified tiles from the company for his projects.

Parish-Hadley rooms were decorated with a capital D, so it might surprise those familiar with the firm’s work to see a collection that reads somewhat casual. The Albert pattern, for example, is based on a wallpaper the late designer used in his own apartment, and looks like little blobs of paint. “Albert’s designs would focus on architecture with a touch of whimsy, and that’s how this tile reads for us,” Crater tells AD PRO. Similarly, Desmond was originally a wallpaper that Hadley used in the entry hall of his home in Southport, Connecticut. Stars features as a favorite motif—Crater noted that Hadley often used star-shaped mirrors and was a fan of Moravian light fixtures, and that the original Parish-Hadley logo included a star. Clara references lattice and wicker, two of Sister Parish’s favorites, which were previously only available to the trade in the form of a grass cloth fabric.

The collection looks hand-painted, but in reality is silkscreened onto ceramic tiles at a workshop in Turkey. Crater believes the duo would approve of the results. “Albert and Sister really championed craft,” she says. “They loved anything that showed the work of the hand.”