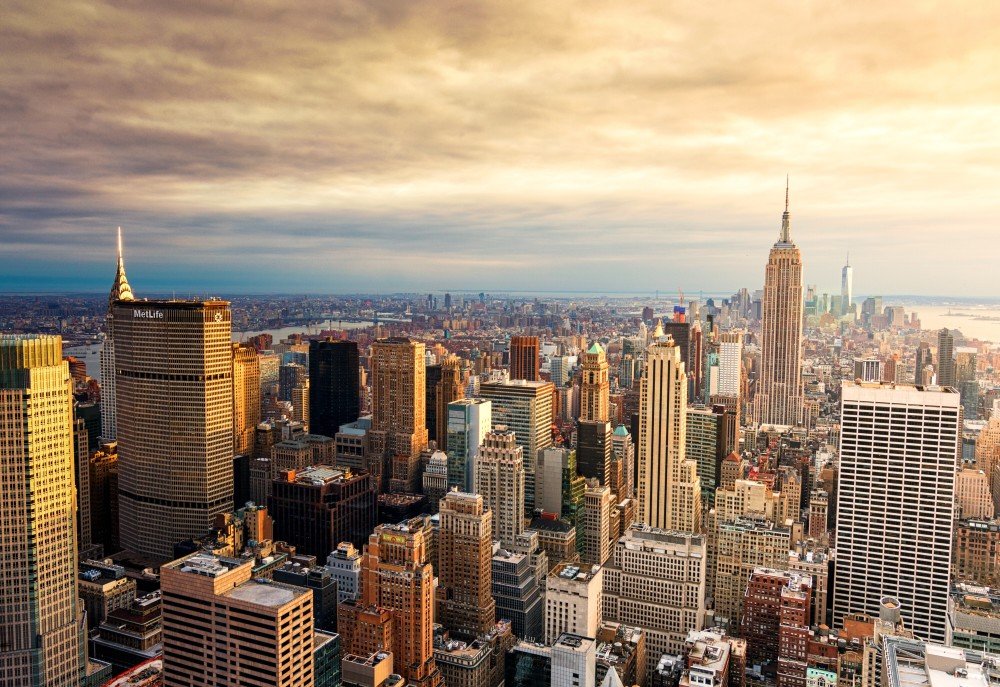 Unlike living room tile or bedroom wood floors, tile selection for a public bathroom has to address many space and design concerns. Furthermore, New York city bathrooms, by default, are contemporary or transitional. Therefore, small porcelain mosaics or marble penny rounds are desirable.

Traditional subway tile or modified subway tile is the basic norm. However, new elongated hexagon tiles or modified teardrop tiles are in as well as large format tiles. Large-format tiles such as 12×24 tiles, or 24×24 porcelain tiles show fewer grout joints.

Micromosaic tiles or small mosaics like basketweave, or herringbone mosaics, or straight mosaics can also be an excellent addition to any bathroom project. Small size mosaics give a nice feel to any small bathroom. An additional feature of small collections is to be able to tile any type of wall, such as walls that are remodeled and not very straight. Mosaic tiles are flexible to any kind of tile installation. Carrara marble looks particularly useful in small size mosaics. Marbles with a lot of variation like Calacatta Marble look more elegant in bigger size tiles like 4×4 tiles.

Old New York styles, such as Prewar buildings around Central Park, were instrumental in creating a unique style to turn of the century apartment buildings in New York City. Traditional subway tiles of New York City were mostly in a glossy finish in white, and this created elegance and timelessness.

How to Create Walls That Shimmer With Tiles Inspired By Gemstones

Floor tiles in Postwar buildings graduated to larger size tiles like 6×6 ceramic tiles with the improvement of tile manufacturing technology. American Olean, founded in the suburbs of Philadelphia, was the pioneer factory making these tiles. This company, later on, bought out by Dal tile, which in turn became Mohawk Tile group.

Natural stone manufacturing method improved over time, and in the late 1980s marble tiles were manufactured in uniform thickness and size like 12x12x3/8″. These tiles came with a small bevel, which made it easier to install with a thin-set. This was another revolutionary manufacturing improvement in tiles for bathrooms and kitchens.

Once again, New York city designers were at the forefront of honed marble usage in many apartments and houses. Famous marbles like Crema Marfil were the first marbles produced in a honed or brushed finish.

The Mark Hotel is a recently completed project on Upper East Side in Manhattan. This luxury hotel and residential use project consists of 200 super luxury hotel suites developed by Alexico Group and famous French architect George Garange and New York architect Howard Spivak. Very exclusive Thassos Marble and Belgian Black marble was used in most of the rooms.

Thin long strips of Thassos, Bianco Sivec marble, was accented by wider strips of custom Belgian Black Marble. These long pieces were as long as. 6 ft and were extremely difficult to find. All the bathrooms were custom fabricated locally in a shop in Long Island. The building was particularly challenging because it was old, and all the walls were nonstandard in interior dimensions.

The hotel lobby is particularly impressive with unique marble floors.

Famous chef Jean George designed and operated the restaurant and the bar.

Another unique project for marble tile applications is the famous Hudson Yard project developed by the Related Group. Many shops in the mall use unusual sizes and shapes of marble. Italian marbles like Bardiglio Versilis and Bianco Carrara are cut into custom strips that resemble a puzzle. Thin long strips are cut into more extensive pieces with a narrow landing, which creates an illusion. 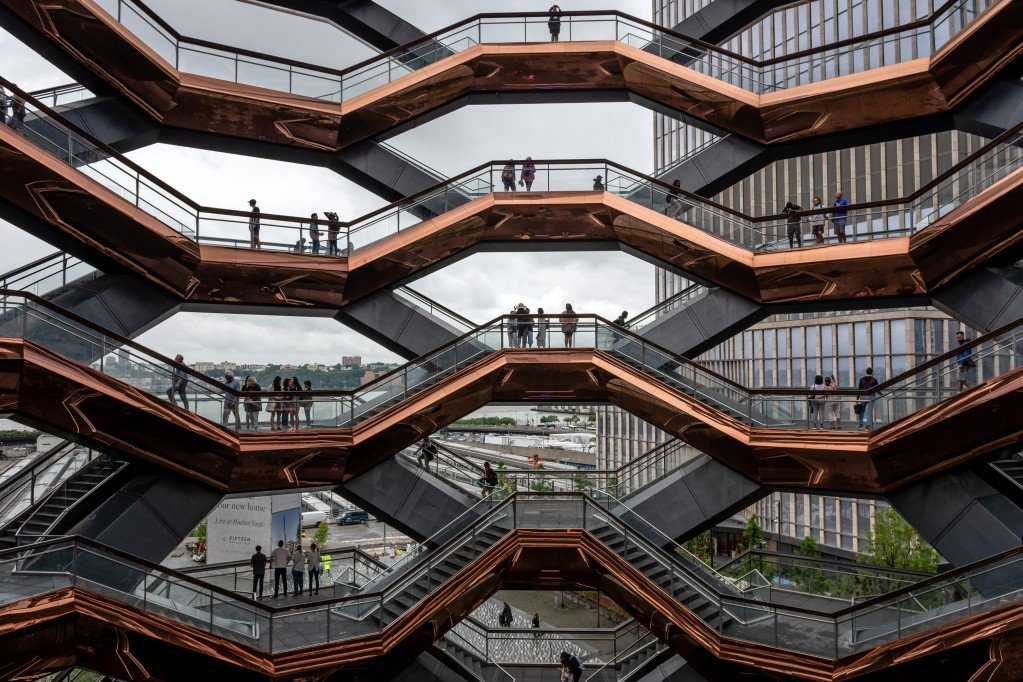