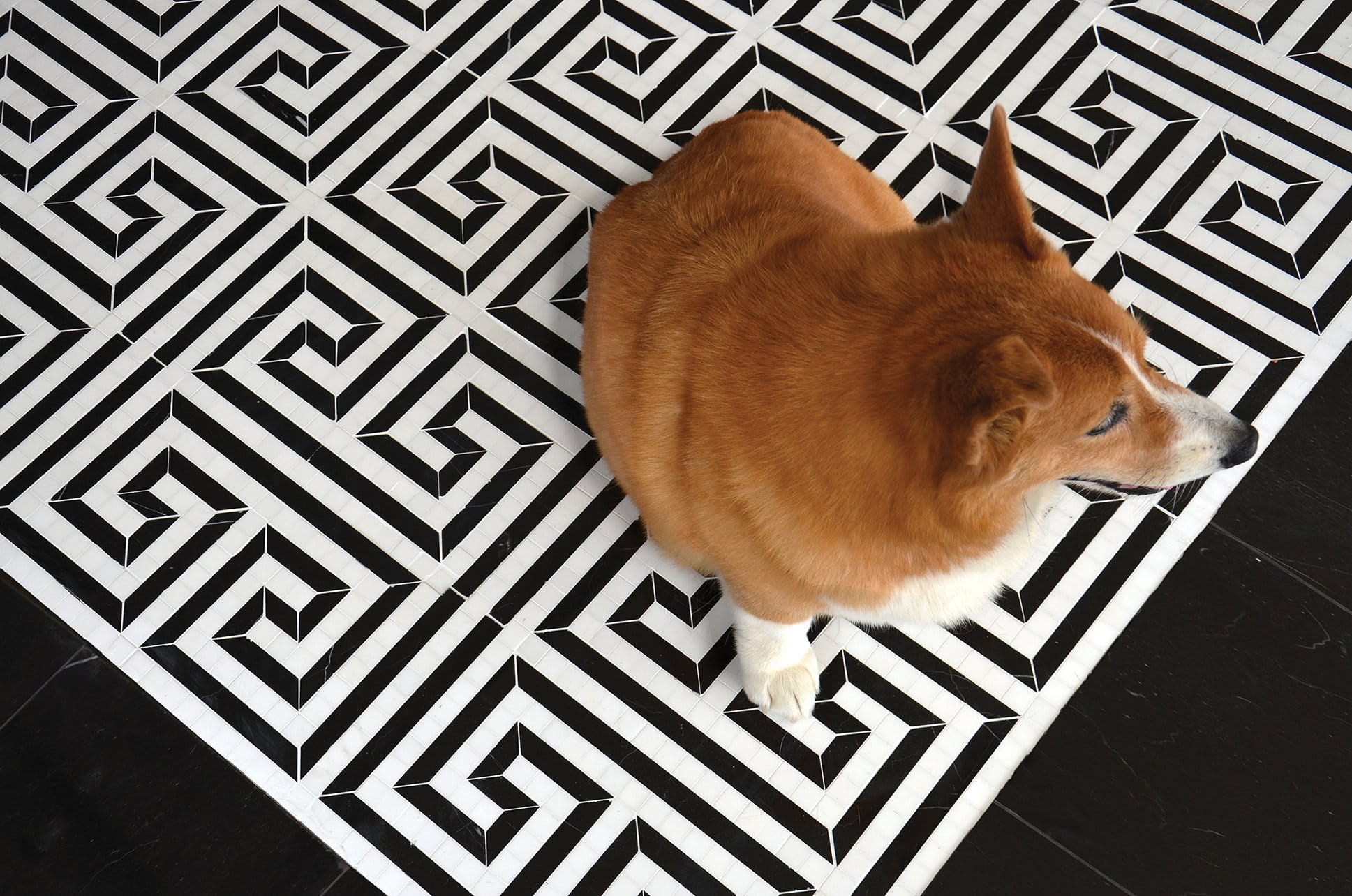 America’s interest in Moorish art, culture and civilization may have been sparked by the publication in 1832 of Tales of the Alhambra, by Washington Irving. The work reflected an extended visit by Mr. Irving to the Alhambra Palace in Granada where he had been granted extraordinary access due to his personal fame as a writer. The notes and detailed sketches that the visit produced became the basis for the work. Tales of the Alhambra was critically important for its introduction of the Alhambra and Moorish themes to a rapt American audience. What Mr. Irving wrote and thought then stills extends to stone waterjet designs 2014.

The Alhambra Palace has continued to captivate and inspire artists, designers and those that appreciate style and grace. According Wikipedia “the Alhambra endures as an atypical example of Muslim art in its final European stages” and “the decoration consists, as a rule, of Arabic inscriptions that are manipulated into sacred geometrical patterns wrought into arabesques”.

In 2014 the fascination continues unabated. Designer Sara Baldwin has fashioned a crisp collection of patterns that bring forward her unique vision of stone waterjet designs. Country Floors is very proud of the Talya Collection with its flowing Arabesque flourishes and Moorish styling. As you can see in the Justinian pattern at the top of this post, Ms. Baldwin has managed to make the collection appear both subtle and striking. A rare feat indeed!

The professionals at Country Floors are very aware of the unique capabilities that stone waterjet designs bring to any design plan. As always, they are here to help you. Thanks for reading and best of luck!