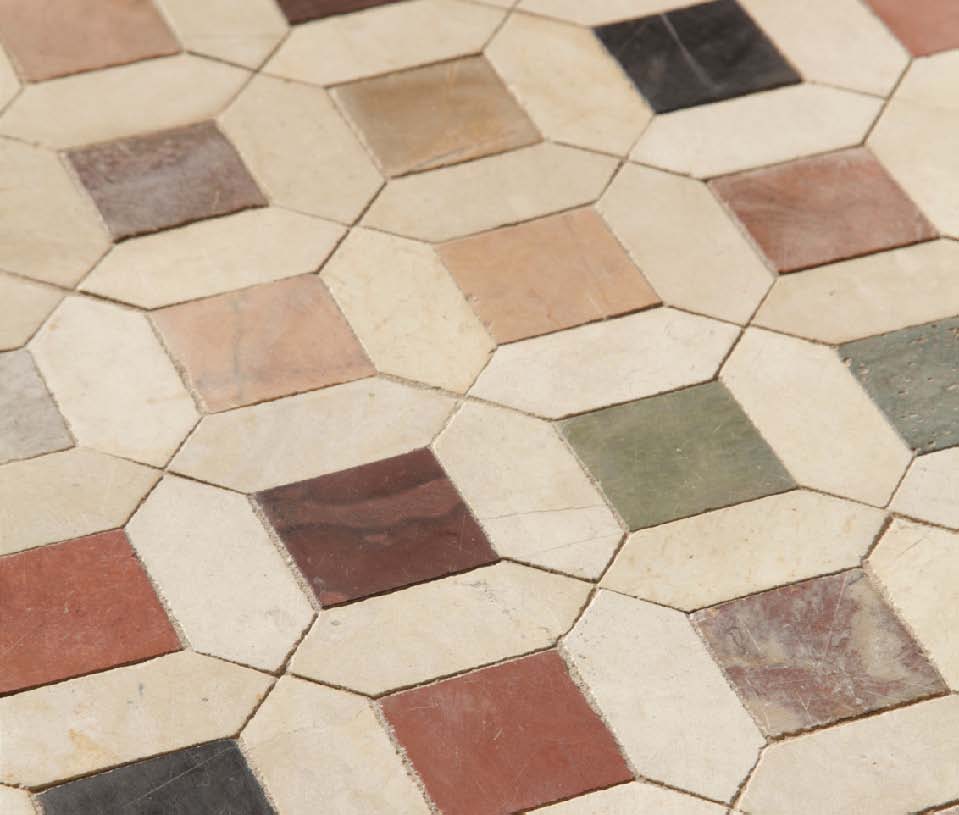 The North Africa of American Hollywood lingers in our minds. Bogart and Bergman and what might have been, in “Casablanca.” George C. Scott reminiscing on a previous life in “Patton”, Gary Cooper in the French Foreign Legion of “Beau Geste” and back to Bogart in the grit of “Sahara.” The Los Angeles Times said that ” ever since Rudolph Valentino’s nostrils flared and his dark eyes glistened in 1921’s “The Sheik,” Hollywood and movie audiences have been fascinated with North Africa.”  But inside all that mood and atmosphere there always existed an ancient world, such as Timless Tunisia,  that helped define the arts and sciences of civilization. Today we will spend a little time on a small slice of North Africa while we examine a bit of Tunisian artistry. 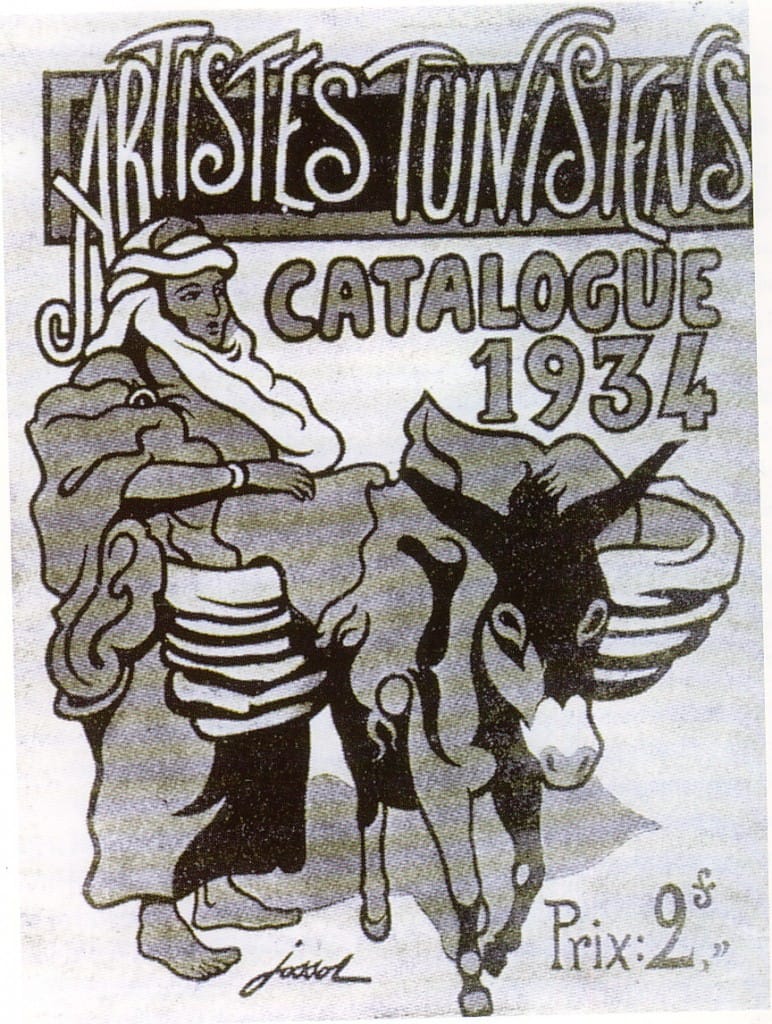 Situated in the cradle of the Pan-Mediterranean world that spawned Western Civilization, the history of Tunisia is one of change. In fact, the rulers and occupiers of this land reads like a Rolodex of history. Berbers, Phoenicians, Romans, Vandals, Arabs, Bedouins, Ottomans and French all strutted and fretted their “hour upon the stage” that was Tunisia. According to our friends at Wikipedia, Tunisian skills in ceramics and pottery that were “developed and practiced for many centuries under the prior Phoenician-derived, urban culture”, were extended into the Roman period. Furthermore, “ceramics were also crafted into various statuettes of animals, humans, and gods“ and pottery “complemented the local production of olive oil” as a vessel to hold it for transport known as the amphora. 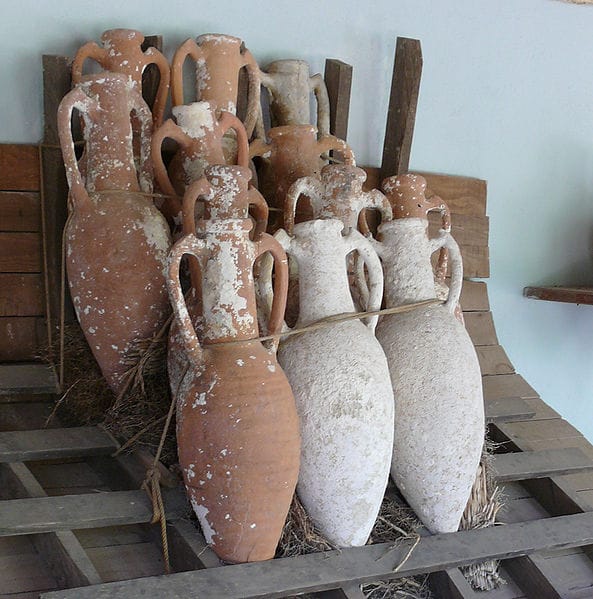 Mosaics were a lively art form, again per Wikipedia, “plaques showing biblical scenes were designed and made for the churches.”  Hand cut mosaics were also a part of this as shown in the mural below: 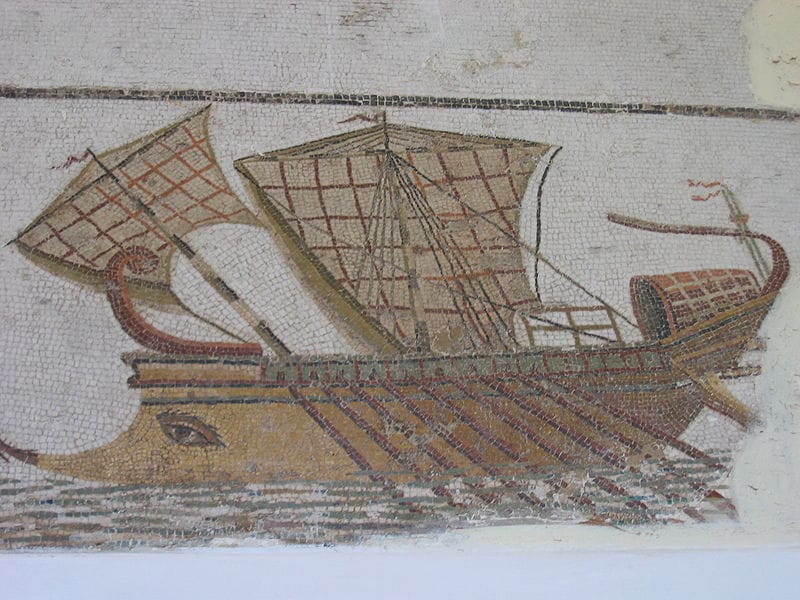 Today, Country Floors is proud to bring this cultural heritage to the market place with, Baba Chic, an eclectic collection of limestone and marble. We were able to interview the Tunisian artisans who craft this product and were told that, “stone work has been a tradition for centuries in Tunisia, and especially in areas of Roman influence”, and that “from mountain to mountain and quarry to quarry, we choose the stones“. Then, “we cut the collected stones into small slabs” and “we draw all the parts that will complete a design of an individual piece.” From there, the process maintains the classic Roman traditions of hand cutting and hand finishing that still resonate with the luxury stone and tile client in 2013! 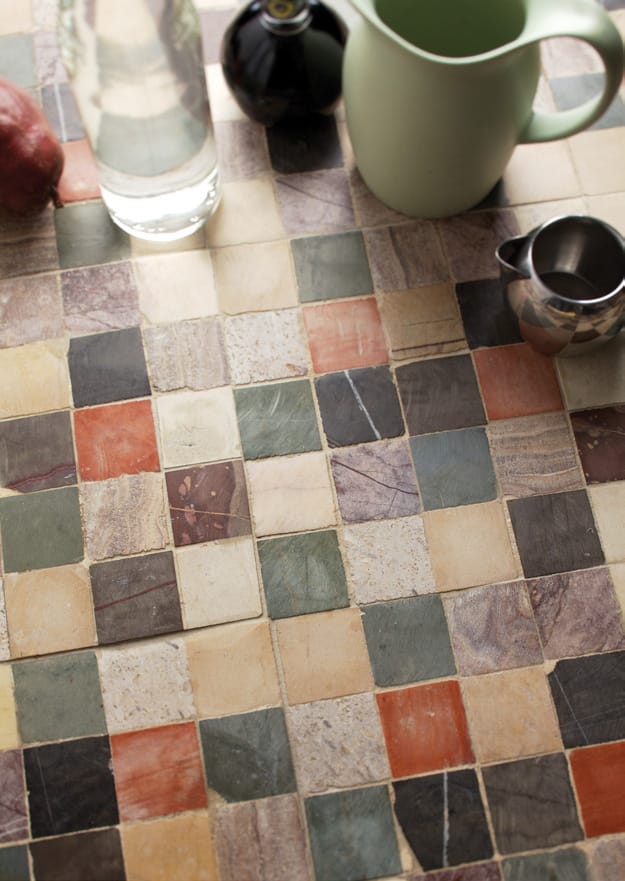 Think of the versatility that working with two mediums such as Tunisian limestone and marble can afford the the design purposed user! Then take a look at the patterns below. From left to right you will see the trending Arabesque shape, then the timeless Scallop form and lastly a Cubist dream.

The muted color values serve to accentuate the patterning. Now consider that these can be both residential and commercial interior floor solutions and you see the elegant simplicity of Baba Chic in practical terms. 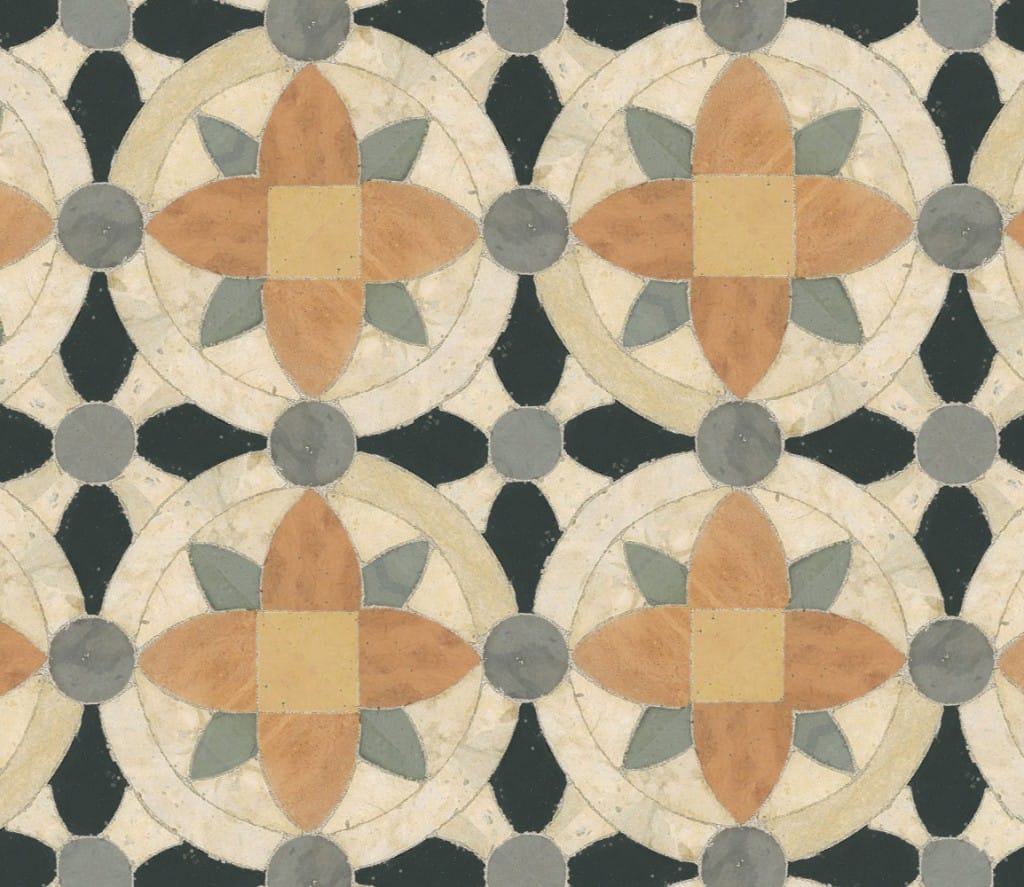 There are Country Floors locations all over America. Allow our teams to help you blend Hollywood dreams with Tunisian artistry to complete your design plans for 2013!